Planets of the apes 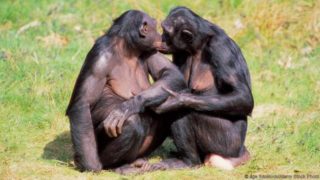 Make love, not war
Unlike their chimpanzee cousins, the bonobo apes often resort to sex as a social tool for conflict resolution.

Humans and chimpanzees share much more than a common ancestor some four million years in the past. They share, in particular, a not infrequent and sometimes decidedly disastrous tendency to solve problems with individuals of the same species—even the same social group—by violent means.
It can be argued that in the long run such bad manners do actually offer some sort of evolutionary advantage. Big strong males scaring rivals off mate more frequently, passing their traits along. Hierarchical order enforced through a blow or two to the head helps keep rules from being broken by rogue individuals. Territory is defended fiercely, which results in better survival chances for the tribe. Et cetera.
It is not widely known, though, that chimpanzees do have very close relatives, one of the two species making the genus Pan (the other one being the chimpanzees themselves). The bonobo—or Pan Paniscus, if you really want to be formal—differs from Pan Troglodytes in a just a few details here and there physically, like relatively longer legs, pink lips, dark face, and parted long hair on its head. It all boils down as something very much like what happens with crocodiles and alligators, which would be basically the same kind of creature to the average beholder.
Physically that is. Now socially is an entirely different pair of shoes. 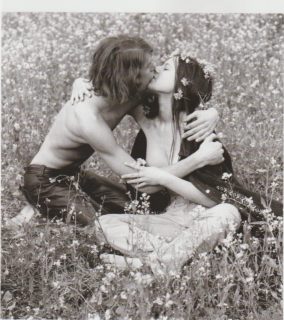 Make love, not war (2)
In a few moments of human history there have been pacifist movements on a global scale. The Hippies of the late 60s are an example. But the Hippy culture also had an important historical role for the subsequent technological computer revolution.

Bonobos have been found to drastically lack the aggressiveness exhibited as a norm by chimpanzees—matter of fact, they seem to spend a lot of their awake time engaged in what could be best described as Peace And Love. Literally, in case you were wondering: sexual activity generally plays a major role in bonobo society, being used as what some scientists perceive as a greeting, a means of forming social bonds, and a means of conflict resolution. (They also do not seem to discriminate in their sexual behavior by sex or age, with the possible exception of abstaining from sexual activity between mothers and their adult sons. Male/male or female/female interaction are quite common.) Their unique approach to life does not end there—according to observations in the wild, when bonobos come upon a new food source or feeding ground, the increased excitement will usually lead to communal sexual activity, presumably decreasing tension and encouraging peaceful feeding. (!)
So there. We have basically the same kind of creature, with the same abilities and capacities yet a totally opposite attitude, which does not appear to be the result of any Ten Commandments brought down from the inexistent mountains in the Congo river. It can be rightly argued that such a peaceful bonobo society anyway has not, technologically and scientifically, done a whole lot—no spaceflight, fire, or advanced agriculture—but then neither have the aggressive chimps, come to that.
So at the very least the remote possibility would seem to exist that an alien society on a nearby world could very well be found to virtually lack the worst hostile impulses that have long plagued our own human societies. They, in a sense, would be the bonobos to our Homo Sapiens. Meaning no wars—and more importantly, no Wellsian invasions of neighboring planets.
Absolute certainty? Of course not. But we can hope, we can hope….
It could be pointed out that at any rate aggressiveness has worked for us humans, helping us fend off all those pesky predators to eventually come to rule the world as the dominant species. And yet even we have slowly begun to understand the perils of our ways. We haven’t always been able to stop the lunacy: right up to 1914 virtually everybody and his kid brother in polite society was fond of explaining why wars had become obsolete and totally absurd in the brave new world we had created by then. Yet we had the horrible and totally unprecedented Great War—and, only a few decades later, an even more devastating one ending in a potentially world-ending scenario.
And still.

The Cold War didn’t end in a hot one. And when we stepped onto another world, for the first time ever in history, we did it in peace, with no weapons.
The universe did not come with guarantees. There were no guarantees we could achieve the level of knowledge required to explore the Solar System, to take that small step for a man that became a giant leap for all of humankind. There are no guarantees we have brethren of some kind out there in this vast sea of stars around us; intelligences like ours—or vastly different from ours, conceivably—from which we can learn, and keep going on as a society, a species. As there are no guarantees those intelligences, if found at all, will be as peaceful and friendly as we would like them to be.

There’s just the one way to know—to boldly go where we haven’t gone before. For that to happen, we can’t look at the stars above in abject fear and despair. We’ll have to turn to poet Rainer Maria Rilke for the right emotion to feel when looking up at the night sky, when we contemplate the thought that up there we have before us the greatest adventure ever, a journey that hopefully—no guarantees—will take humankind to heights we ourselves today won’t get to see but can dream about: 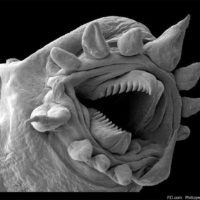 Pride And Punishment Company isn’t just an antidote for boredom—when it comes to cultures, it may mean the difference...
SAY IT AIN’T SO, STEPHEN (second part) 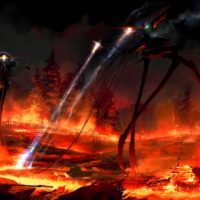 Sweet Home Amazon For the sake of argument, we’ll freely agree to stipulate there are alien lifeforms out there,...
SAY IT AIN’T SO, STEPHEN (first part) 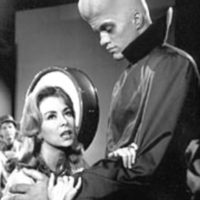